After a trawl through the scrawl of scorecards that littered various books during the pandemic-affected 2020 season, the averages have been collected and collated.

At the end of a difficult year for the world, one man had reason to feel more satisfied than most.

That man was the left-leaning, left-armed leftist Peter Gilkes. 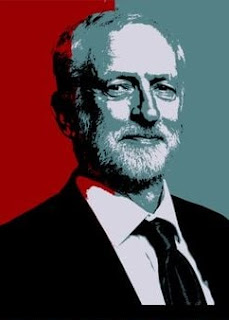 Gilkes led the way with 21 wickets for Offley and by any reasonable measure topped the averages.

Gilkes took more than twice as many wickets as the next two most successful bowlers (Ali Shah and James Barker with 10 apiece) as his smorgasbord of deliveries proved too much for batsmen to resist, most notably against Caddington where he claimed 5-10 in a stunning spell.

Ian Laidler deserves a creditable mention and had he not heroically delivered a two-over spell in the face of a brutal assault at Sandford - a spell that ended with the ball being hit into a neighbouring field and nestling in a cowpat and Laidler contemplating retirement - he would have edged out Gilkes for the bowling honours.

It was a good year for grey-haired old stagers with beards (assuming they weren't killed off by Corona) as Darren Lunney led the way with the bat.

Lunney's 311 runs narrowly outscored Dan Goord (301) but his average of 38.87 was comfortably higher than any other batter who played more than a handful of games.

Gilkes also figured in a three-way tie for the coveted duck award as he finished level with Kaiz Ul-Haq and (inevitably) Matty Taylor on three ducks.

Using the complex countback procedure (it's not complex, it just means the man with the fewest innings wins) Kaiz snared the trophy on the final day of the season when he batted twice and was dismissed twice without scoring at Gaddesden.

Kaiz therefore joins the legendary Colin Keeley as being the only player in Offley history to be dismissed twice in the same game without scoring.

Although no trophy was awarded in 2020, in the wake of a tie in 2021 Kaiz will be deemed to hold the tie-breaker over anyone else.