Defeat But Not Dishonour 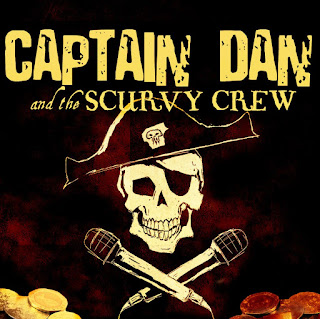 Captain Dan's crew slipped to a second consecutive defeat as they dropped to eighth in the table ahead of next week's trip to cellar dwellers Kings Langley.

For those who haven't been paying particularly close attention, there are ten teams in the league.

The visitors won the toss and elected to bowl first on a deck Deputy Groundsman Laidler had described as "an absolute belter".

Offley were soon in some trouble on 17-3.

The Lunney-Hook axis at the top of the order, otherwise known as the Cornerstones of Catastrophe, combined for just 3 runs before the returning Marc Ward joined them in the pavilion after being dismissed for a single.

Offley needed a partnership and found one in the unlikely shape of Captain Dan and Colin Williams, a pair of toothpicks among a squad of the more amply-proportioned.

Goord and Williams may both look like anorexic drunks - Williams carries himself with the air of a bucolic David Bowie during his days in Berlin while Goord's bloodstream is 87% alcohol - but they helped turn the tide with a stand of 44.

Williams, playing his customary one game of the season, played some vintage wristy shots and slashes  en route to 31 before being dismissed.

Goord, Offley's leading scorer this season, made 46 before falling to a ball that did not bounce quite as much as he expected at the time and certainly not as much as when he was recounting the tale of his dismissal in the bar after the game.

One can only imagine the thoughts of the groundsman batting at the other end. Actually, knowing the groundsman rather well I can safely say that he was thinking, "Thank fuck I didn't get that one!"

Once Hassan went without scoring Offley were crying out for salvation. If the anorexic drunks had helped Offley get a toehold in the game, it was now the turn of the tortoise and the turtle, Steve Bexfield and Ali Shah, to post a 50-partnership.

The two batsmen hit nine boundaries between them and ran about nine singles, repeatedly turning twos and threes into ones and nones as Bexfield's age and lack of speed between the wickets caught up with him.

One can only imagine the frustration Ali felt when his fine shots yielded little reward.

In the end Bexfield (last dismissed in 2019) was unbeaten on 35 and Ali contributed 29 as Offley posted 161-6. It might not have been quite the belter Laidler predicted but the consensus was the score was a little under par.

Considering the fact Southgate wrapped up victory with 10.5 overs to spare the Offley total was perhaps rather more than a little under par.

None of the bowlers managed more than a single wicket while Ali, evidently exhausted after his long innings, leaked 49 from his nine-over allocation.

Yet there were chances to win, chances that were squandered on the soft summer breeze.

Williams muffed a sitter, Ward missed a run out opportunity (in all fairness the only man in Hertfordshire who was of that opinion was the umpire) and Lunney, channeling the spirit of his childhood hero Malcolm MacDonald, spurned a straightforward catch on the boundary in favour of a flying header that sent the ball into the long grass.

At times like this it's worth remembering that Lunney has taken more catches for the club than any other player in history.

Yet this evening the glowing red mark on his forehead offers testimony to the legion of opportunities that he has shelled.

By the time an angry Captain Dan finally held a catch, venting his feelings of childlike rage in the process much to the opposition's bemusement and amusement, Offley's last chance was gone.

Incidentally that catch gave Captain Dan as many catches this season as James Bracey will score test runs in his entire England career.

Victory next week against what appears to be a truly hapless Kings Langley side (they've already been dismissed for 56 & 58 this season) will move Offley back into the top half.

Defeat - surely unthinkable - will leave them in the basement.

Will Bexfield finally be dismissed?

Will Captain Dan have to walk the plank?

Will anyone be sober enough to stand after the England v Scotland game on Friday night?

For these answers and check back next week.....