Down, Down, Deeper & Down 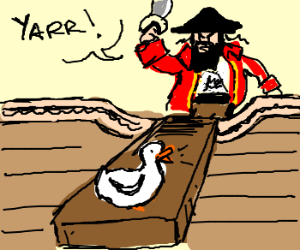 Perhaps nothing better sums up Captain Dan's trip to Kings Langley than this.
Three of his bowlers recorded their best figures of the season and despite that Kings Langley, hitherto a byword for batting incompetence in 2021, still racked up their highest score of the season.
Meanwhile Offley, also hitherto a byword for batting incompetence in 2021, outstripped anything that had gone before by collapsing from 98-3 to 107 all out despite putting out one of their strongest batting line-ups of the season.
Things started well for Captain Dan as he won the toss and elected to bowl first on an overcast day.
Steve Denton turned back the clock with a canny display of seam and swing bowling as the 59-year old defied the advance of age and took a season's best figures of 1-21.
It was particularly impressive considering what was going on at the other end as Josh Scott disappeared to all parts. Scott, formerly a chef, seemed to be under the impression it was bring your work to cricket day as he served up a tasty helping of pies for the batsmen.
Ben Wiles also recorded season's best figures, as did Josh Hook. Hook picked up three wickets as he heroically defied an unspecified injury and an alleged lack of enthusiasm from some of his fielders, an allegation that no one else seems to have taken terribly seriously.
Although there was no medical practitioner on hand to offer a professional verdict, the fact that Hook was carrying on in a slightly irrational manner, was clearly angry and emotional for no clear reason and also had no visible injury, it appears there is a good chance he was suffering from period pains.
In fairness he was not the only Offley player on the blob - as events would soon demonstrate.
Offley kept at it in the gloom as Captain Dan maintained a lonely vigil on the deep square boundary and Scott Boatwright capped another impressive display behind the stumps with three catches out of three.
Boatwright has been a real pleasure to watch this season and has come on in leaps and bounds (admittedly leaps and bounds are generally beyond his athletic ability, something that made his first catch all the more remarkable) and he is a delightful throwback to a bygone era when wicketkeepers were not expected to score any runs.
The upshot was Kings Langley posted a total of 195-7, or 35 more than they'd managed in their last two matches combined.
With Hook forced to drop down the order, Steve Bexfield stepped into the breach to open alongside Lunney who appeared, in one of his colleague's words, to have more than the usual touch of Cyrus the Virus about him after managing five runs in three innings.
Bexfield had not been dismissed since 2019 and if he could extend that streak for another innings then surely Captain Dan's crew would be celebrating victory.
Bexfield made 8.
Captain Dan suffered a rare failure with the bat as he went for 10 and Luke Munt played as Luke Munt does; which is to say he reeled off a couple of glorious boundaries and was then bowled behind his legs for 13.
However, Lunney was in prime form as he put recent struggles with the bat behind him. Hassan was also in fine touch and the pair shared the highest stand of the innings to take the total up to 98-3.
The game was firmly in the balance with Offley halfway to their goal and two batsmen well set when Lunney (43) played and missed outside off stump and was aghast to see the finger go up. The Grey Ghost turned a whiter shade of pale as Umpire Denton sent him on his way.
Moments later it was 99-5 as Hassan departed for 21 and the vultures swarmed down to rip the carcass of the Offley line-up to pieces.
Wiles went for 3 (which in context of what was to come wasn't bad) before Scott fell second ball to complete a really rubbish day out.
The Throwback ground out a single (much to the delight of gamblers in Las Vegas who had backed Boatwright to manage more catches than runs) before he was sent on his way after his average had dipped to 5.5.
Kaiz Ul-Haq failed to build on last Sunday's highest score of the season and perished to his first delivery before the last rites were administered when Denton also departed without scoring leaving Hook (presumably) bloodied yet unbowed on 5.
Offley went into the match in eighth place with Kings Langley at the bottom. A third loss in a row has left Captain Dan's crew in ninth, one place and one point ahead of cellar dwellers Hatch End.
And we know Hatch End are shite because we beat them.
With Kings Langley and Bovingdon occupying seventh and eighth place respectively after today's fixtures, the two relegation spots seem set to be contested by these four teams on account of the 25-point gap existing between sixth and seventh.
Sixth-placed Ware come to Offley next week before Captain Dan and the crew set sail for third-placed Northchurch at the start of July.