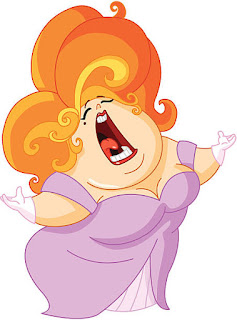 It's not easy to briefly sum up this Offley legend although a number of his team-mates offered their opinions.

Is bellend one or two words?

At various times in his career Barker has played a central role in four run outs in a single innings (you're just an amateur, Danny), made the club's highest individual score, disappeared without trace down the order and gone five years without a 50 and also taken more wickets than anyone else in club history despite possessing no discernible ability with the ball.

It's also probably fair to say he's made more unhelpful observations than anyone else in the history of Offley & Stopsley while tour shirts with the names Mariah and Precious suggest he can be a little bit high maintenance at times on account of occasionally carrying on like a menstrual teenage girl (Cheers, Boaty).

With over 630 wickets to his credit he has somehow claimed 150 scalps more than anyone else.

The vast majority of these have been via deliveries that did not turn (a reasonable percentage of them did not actually pitch) or featured victims of such limited ability hellbent on launching the ball into a different postcode when their chronic lack of talent would have made simply laying bat on ball something of an accomplishment.

In fairness this does not cause him any significant embarrassment.

Shame is something only good bowlers need concern themselves with.

It's genuinely not easy to describe Barker's batting. He has more runs for the club than anyone but Steve Bexfield, scored 15 centuries and was the first to reach 10,000 runs (The cunt actually had a T-Shirt printed to commemorate that achievement!!!!!).

Unfortunately for one reason or another he has spent the past six years hiding down the order like a tart in the witness relocation program.

It's a long time to have spent on the batting blob and although he recorded a first half-century since 2016 at the start of this year it's probably fair to say that his best days have long since drifted away on the breeze of one of the rockets he used to launch in the direction of Offley Place.

Despite having taken over 190 catches Barker's fielding has now declined to the point where there's probably a very good joke about a statue-like diva with a Wheel-Cher punchline.

In 2021 he has dropped all but one of the chances that have come his way (helpfully the one he clung on to was off his own bowling) and seems to have a pathological inability to take any catch off Jamie Cummins, something the bowler has taken note of.

He is invariably stationed at slip under the pretence of offering advice about field settings and bowling changes. He disguises his lack of speed by diving for the ball regardless of whether or not he can reach it, thereby allowing the man at gully to chase after it.

That man is usually Mark Tattersall.

Barker finds this arrangement a lot more amusing than Tattersall does as he lies chuckling on the ground while Tattersall trundles off in expletive-laden pursuit.

Did You Know: He literally cannot be relied upon to organise a piss up in a brewery - he has arranged tickets for a test match in the non-drinking section of Trent Bridge (as part of a stag weekend) and organised a tour to Minehead at a hotel with an attached nightclub which was not actually open.