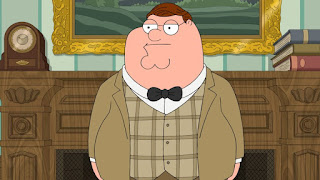 Not so long ago a lengthy spell for Jamie Cummins might only have featured a solitary over but potentially comprised 18 deliveries, such was his occasional inability to land the ball on the cut bit without the aid of diagrams and instructions.

On such occasions it seemed as though he might get lost on his way to his destination long before he reached his delivery stride.

These days he may still mix in a liberal helping of wides in every spell - his best effort to date this season was four in a row - but he is firmly on pace to take more wickets than any other Offley seamer in 2021, having claimed 15 by the end of June.

Considering he only picked up 27 wickets in his first five seasons after making his debut in 2016, it's fair to say that Cummins has taken a substantial stride forward this year and is assured of taking the new ball whenever he plays.

While lacking express pace he has developed the ability to get the ball to move dramatically at times, something that was superbly illustrated in the wonderfully friendly contest with our great chums from Steppingley where he pitched one delivery outside leg stump and brought it back to clip the top of off.

On reflection this might not have been such a good thing because it freed the opening batsman up to return to the middle and cheat.

Did I say cheat? My apologies. I meant umpire.

The highlight of Jamie's career to date was a dramatic spell of 5-25 against Luton Indians, a spell that would surely have contained a hat-trick had his captain and wicketkeeper not suddenly decided to stand up to the stumps, thereby missing a regulation edge.

He has quietly developed into one of the more reliable fielders at the club, heroically throwing himself around at short fine leg and has also taken some excellent catches in the outfield, notably off the slower bowlers.

This is something that has not unfortunately always been reciprocated off his own bowling when he's found the edge and slip chances have not quite gone to hand.

Jamie customarily bats when all hope has gone.

Needless to say when he is called upon to make his way to the middle with his blade in hand it generally means that the innings is all but over.

31 innings have produced 52 runs and he has been dismissed without scoring on 11 occasions - he was a worthy recipient of the Duck Award in 2018.

He has yet to reach double figures - his highest score is 9 - and it is not beyond the realms of possibility that by the end of 2021 he will have taken more wickets for the club than he will have scored runs.

The wickets currently trail by 10 but are closing fast.

Did You Know: Since the club fines system was introduced penalising all batsmen who fail to socre at least 10, it means that Jamie has been fined every single time he's batted....