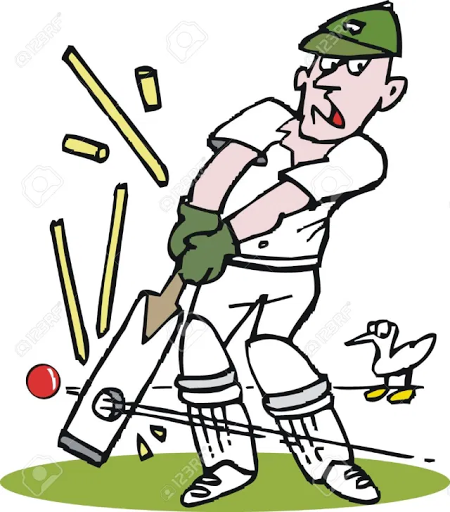 John Davis made his debut for Offley in 2020 and has quickly established his all-round credentials.

Regardless of whether it's running the barbecue, ferrying drinks out to the middle or simply keeping the troops supplied with ample rations, John is the man for the job and considers a cool box to be an essential part of his cricket kit.

To date his batting has not been quite as impressive as his catering.

After 10 trips to the middle he is still searching for his maiden double-figure score, currently boasting a highest score of 9.

Bookmakers in Las Vegas are currently offering huge odds as to which of John Davis, Jamie Cummins and Desmond from Jesmond will be the first to smash through that particular glass ceiling.

It's tempting to argue the only way is up for John but after averaging 3.66 in 2020, he is currently averaging 2.75 in 2021 and appears to be suffering from the notorious second season syndrome.

While his batting needs work, John sets the tone in the field and is always vocal in his support of his bowlers, no matter how hopeless the situation.

He has taken a couple of sensational catches this season, plucking the ball out of the air at the last moment when it seemed it was certain to collide with his teeth and send him to the dentist rather than sending the batsman back to the pavilion.

John has bowled one over for Offley.

He might have to wait a while for a second over.

John has also gained valuable captaincy experience this year after leading the Offley Old Gits to a not-the-expected-last-place finish in the round robin stage of the Offley Sixes.

Did You Know: John is the only man in the history of fashion to wear an ice hockey jersey with a flat cap, a look that conveyed the air of Peaky Blinders On Ice.