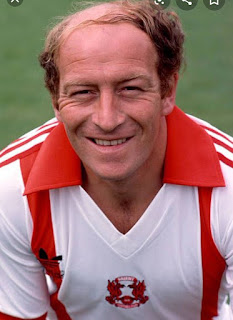 During his time at Offley Scott Boatwright has demonstrated many talents and abilities.

As the epitome of a first grade club man, Boaty is always happy to help out, whether it's picking people up, bringing along bottles of water, attending meetings and generally doing whatever he can.

He does whatever he can on the pitch as well.

As captain of the Sunday Specials Boaty has to juggle three jobs - captain, keeper and batsman.

There's no questioning his captaincy skills. After two games this season Offley were top of the league and threatening to run away with the prestigious Division Four crown and plans for an open-top bus celebration around Offley were under discussion.

Three games later and they're fourth and looking at another season of midtable mediocrity.

Those who have seen him struggle to simply hold on to the ball when it comes through to him will know that juggling is not easy for him.

Boaty's technique behind the stumps has been variously compared to a sealion catching the ball, a monkey banging cymbals together and a drowning blind man flailing optimistically for salvation as he sinks below the surface.

Despite that he has managed 18 dismissals since the start of 2020, leading the way with 8 last year and adding another 10 already in 2021.

As of the most recent match with Lutonians he has 41 catches and 15 stumpings.

Yet what of Boaty the Batsman?

Using one's best David Attenborough voice one must pose the question, is it possible for a batsman to survive for long in the middle if he only has one shot?

A career average of 11.67 suggests that despite being able to play the swivel pull off his hip with rare aplomb it is difficult to flourish and survive for any length of time.

Admittedly it's even harder to survive when sabotaged by a team-mate as he was at Aspley Guise, especially as that day Boaty knew he would score runs.

A lack of juicy deliveries on leg stump (and Dan's calling) means Boaty has struggled for runs in the league this season, mustering just 16 at 3.2 through the first five matches.

"Feed the Boat and he will score" is a catchy chant but if there are no leg stump long hops available the Boat faces immediate extinction upon his arrival at the crease.

However, there is plenty of time to turn that around and sunnier days surely lie around the corner.

Boat Aid - a charity scheme designed to help Boaty increase his tally of runs - was launched at the end of June, 2021 and met with great popular approval.

Did You Know: Boaty may be the only man in history to attempt to gain entry to the casino while dressed as a duck.