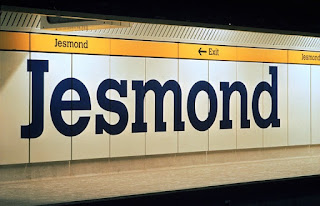 The long-running recruitment slogan of the United States Marine Corps states, "We're looking for a few good men."
Offley's recruitment policy is simply concerned with recruiting a few men to plug the gaps in the ranks. They don't have to be any good and in that regard Desmond Bateman has fitted seamlessly into the line up.
Desmond from Jesmond has had limited opportunities to make his mark in his debut season and the highlight of his career came at Steppingley when he and Jamie Cummins produced a true moment of village cricket brilliance and ran four on a ball that had originally gone through to the wicketkeeper before an avalanche of overthrows ensued.
Technically his finest moment came with a magnificent catch on the boundary - unfortunately this catch was taken by someone else who happened to be playing under the alias of Desmond Bateman so he can't really claim that for himself.
Nominally a batsman, Des hasn't quite hit the heights he had hoped for with the bat and his policy of playing the same shot to every ball regardless of where it pitches has been shown to have one or two flaws.
Partly due to this approach Des has thus far failed to reach double figures (although he did impress in the Offley Sixes) and he has a top score of 9.
Nonetheless he has vowed to buy a bat to celebrate when he makes 10 for the first time.
In the field Des has shown himself to be enthusiastic and committed.
Up to a point.
He has also shown a certain reluctance to get his hands in the way of hard-stuck balls, a reluctance that has earned him the nickname of Dezzie the Lezzie because they're not keen on balls either.
He has not had many chances to show his prowess with the ball and is still awaiting his first wicket.
Last time he bowled he ended the game with a wide from his only delivery.
On the plus side his return of 0.0-0-1-0 are his best figures to date.
Did You Know: Des once broke more bones in a moped crash than he has scored in an innings for Offley