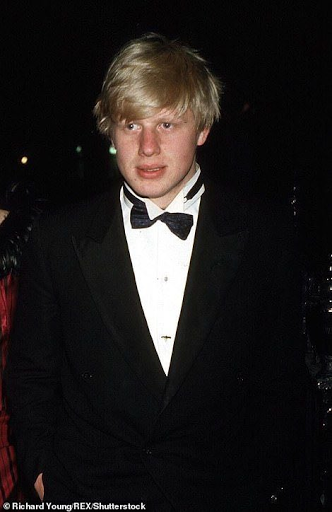 He may once have looked like a young Boris Johnson but Matthew Taylor has come a long way since those early days.
As you can see.... 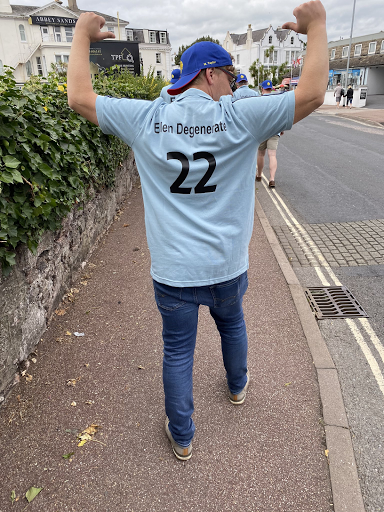 Not many people could make the seamless transition from debonair young Etonian to inter-sexed Embarrassing Bodies contestant with such panache.
Once described as a refugee from a dildo factory, Matty T's evolution as a cricketer has also been fascinating to watch.
When he first arrived at the club there was some speculation that he might be one of the least gifted batsmen to join the Offley ranks.
That was seemingly confirmed during an early net session when he unleashed a ferocious square cut that missed the ball but demolished his stumps.
22 ducks in 75 innings hardly suggests outstanding prowess with the bat but he has scored over 450 runs for the club and averages a shade under 7, figures that some of the truly inept can only dream of.
Indeed when he gets off the mark Taylor averages over 10, a statistic that shows just how effective he can be when he manages to score that first run.
A highest score of 42 shows just how dangerous he can be once he gets off the mark.
He won the Duck Award in 2017 and claimed a share of it in 2020 although he ultimately lost out on countback and had to settle for the Skirt of the Year award instead.
We could show an image of Taylor in a skirt but in the interests of decency we won't, so instead here's another Taylor in a skirt. 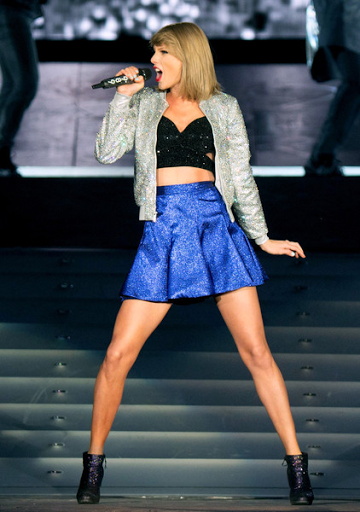 He has bowled for the club and despite showing enough to suggest he can not be officially registered as suffering from some sort of handicap, he has only taken seven wickets.
Amazingly he has career-best figures of 3-20, figures that are better than club luminaries such as Gary Davison, Scott Boatwright, Tony Maidment and Johnny Lonsdale (to be fair he was shite).
In the field he has taken some outstanding catches and has shown a willingness to throw himself around with selfless enthusiasm for the good of the team. Despite a shocking post-lockdown lack of pace (Taylor? Swift? Nah.) he always gives everything for the cause.
2021 saw Matthew's finest moment on a cricket pitch when he led his team to a stunning victory against the odds in the Offley Sixes. Prior to that day the only six he had ever been associated with was a six-pack of lager but in the last over of the contest he cleared the ropes for the first six of his career to secure an amazing victory.
Matthew is currently on a sabbatical from the first team as he is in the middle of one of his latest retired phases (this latest retirement came halfway through his first appearance of the season at Breachwood Green when he decided he'd had enough after four wicketless overs and a dropped catch and abandoned his team-mates to their fate) and enjoying his time on the golf course.
Cricket is definitely more fun when Taylor plays so hopefully his latest comeback won't be too far away.
Did You Know: Matthew once finished off a night in the casino with seven hash browns from McDonald's. He also had a wrap - which contained an eighth hash brown. Matthew likes hash browns.