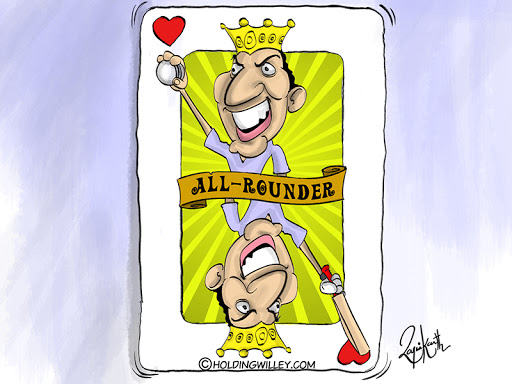 A majestic all-round performance by "Dirty" Desmond Bateman carried Offley to the brink of victory against Luton Town before they slumped to an agonising defeat of the last ball at Lancaster Avenue.

Dirty Des recorded career-best figures with bat and ball and also claimed his first catch for the club but it was not quite enough.

Offley have now lost three in a row in the Beds League to ensure another season in Division 4 and they have also lost six out of their last seven overall.

Offley batted first and got off to a poor start when Dan Goord was bowled by a young child with just a solitary run on the board.

In fairness the opening stand of one was one more than the openers managed yesterday.

Josh Hook and Hassan added 38 for the second wicket before Hassan reached his customary self-destruct point and was bowled for 21.

Hook (17) fell moments later and John Davis and Matty Taylor were left to rebuild the innings.

Against the odds they added 21 for the fourth wicket. Taylor made an enterprising 11 and Davis scored a season-high 7 before they were both out with the total on 62.

Kaiz Ul-Haq was also out with the total on 62.

For once Kaiz did not play a wild and reckless shot - that may have been due to the fact that he was run out without facing a ball.

Ali Shah was unable to repeat his heroics of the previous day and fell for 5 before Bateman and James Barker added 37 for the eighth wicket.

Bateman sailed past his previous highest score of 9 as he proved it is occasionally possible to score runs by trying to smite every ball out of the ground. He made 31 from just 24 balls, including six fours and a six, before he perished aiming to hit the ball into Bushmead.

Peter Gilkes was the third batsman to record a season's best (7) before Barker was last out for 25 as Offley were dismissed for 136.

The hosts looked set for a crushing victory as former Offley star Mohammed Qumar led the way with 40 in an opening stand of 74.

Despite two quick wickets Luton Town advanced to 112-2 before Dirty Des took over with his filthy variations to breathe life back into the contest.

Two wickets for Bateman, one a return catch, another for Barker and a run out sparked a collapse to 121-6.

Bateman struck two more blows either side of a run out as the hosts slumped to 130-9 and Offley looked set to claim an incredible win.

It came down to the final over with Bateman searching for his fifth and final wicket and Luton Town needing three runs to win.

Alas there was no glorious finale as Bateman's heroics ended with him conceding the winning run off the final ball of the match.

It was Desmond's Day.

Unfortunately it was also Luton's.