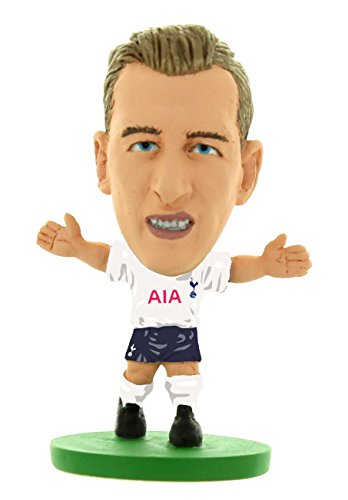 Few things in cricket are as terrifying as standing at slip while Harry Kane's brother by another mother, Ben Wiles, charges into bowl.
It is a sickening experience as you watch the ball pitch a yard wide of off stump before it swings dramatically and locks on to the target area in the middle of your chest.
Evasive action is out of the question and there's no option but to try and parry it to the best of your ability.
Ben "Missed By" Wiles has struck again.
In fairness to Missed By - and to whoever has the misfortune to be standing at slip and gully - Offley aren't used to having bowlers who can get the ball up above shin height, let alone shoulder height.
When he's on song, batsmen have no place to hide.
His 5 for 11 against Northampton Exiles improved on his previous best figures of 4-23 and single-handedly gave Offley a fighting chance of not finishing bottom in the Saracens League.
However, when the radar malfunctions (as against Eversholt) it tends to go wrong in a big way and if one discards his two best spells for the club, the rest of his wickets have come at a cost of over 50, aided and abetted, it must be said, by a slip cordon who would soon as shit themselves as try and hold on to an edge.
Ben differs in technique to most other Offley batters in as far as he actually possesses one.
An accomplished player of both front and back foot, Wiles has the ability to score in areas that most of his teammates can only achieve via an edge of one sort or another.
He began the season with a match-winning 84 not out against old rivals Lilley, an innings that included four boundaries in as many balls off venerable seamer James Ashby, an indignity that has rarely befallen that celebrated old stager.
Blessed with a cannon arm and a reliable pair of hands, Wiles only tends to drop catches when he decides they're too easy and do not offer him a worthy challenge.
Did You Know: Ben (third from left) was part of the UK's first ever Nude Synchronised Waving Team. 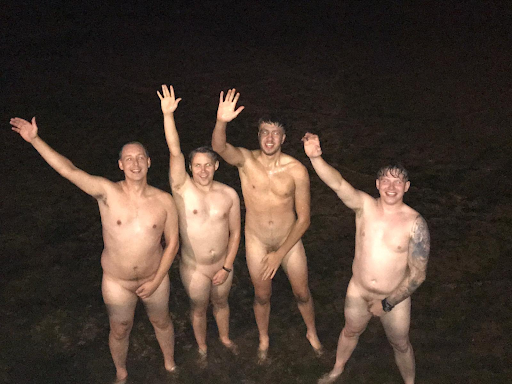