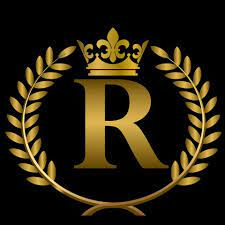 2020 represented a momentous landmark in the history of Offley & Stopsley Cricket Club as they were favoured for the first time by the regal presence of the First Viscount Piepenstock, Duke of Offley.

Viscount Piepenstock - informally known as Roger - discovered his love of cricket at an early age during his schooldays at Harrow, Rugby, Winchester College and Eton.

His passion for the sport increased during the time he spent at Oxford, Cambridge, Harvard and Yale and increased further while touring with the Royal Shakespeare Company.

As befitting a nobleman with a family motto, family crest and family tree dating back well before the Norman Conquest (Tarquin Piepenstock was King Harold's shield-bearer at the Battle of Hastings; unfortunately - displaying a taste of what lay in store for his descendant on the cricket pitch - Tarquin dropped the shield which resulted in the King taking an arrow in the eye and the battle being lost), Roger was the driving force behind the unfurling of the Club's splendid new flag.

A talented sportsman in his youth, anyone who has seen Roger play cricket will not be surprised to know that he honed his skills while playing such diverse sports as fives, real tennis, croquet, polo, peasant shooting and serf hunting.

Indeed he is the only player at the Club whose immediate reaction to hearing the word "Polo" is not to think about mints, shirts or Volkswagens but ponies, chukkas and mallets.

Roger's first season for the club was a resounding success as he scored 38 runs at an average of 7.6, including a most impressive 15 at Preston.

He also claimed his first wicket for the club and displayed a tremendous enthusiasm in the field.

2021 has been more of a struggle, albeit one that has in no way dampened his enthusiasm.

At his best when the ball is pitched up wide of the off stump, thereby allowing him to unfurl his favoured forehand down the line, Roger has recently displayed a fatal weakness against the straight ball.

As the season heads towards it's climax, Viscount Piepenstock was averaging a disappointing 2.50 with the bat prior to the trip to Harpenden.

(There has been no official confirmation of his performance there but unofficially we can reveal that his average has now dipped closer to 2.00 than 3.00.)

Additionally, as of August 8 the Viscount has not been one of the 26 bowlers deployed by Offley this summer.

And yet 2021 also saw the Duke of Offley's most majestic moment on the cricket pitch.

Indeed if he goes on to play for a thousand years, men will still say, "This was his finest hour."

Deployed at deep square leg in the early-season clash against Lutonians, the Duke took a wonderful low catch to help seal victory for his team.

And, ironically enough for a titled blue-blooded member of the aristocracy, he took the catch while playing under the alias of plain old Des Bateman!

Did You Know: Roger turned down an invitation to the wedding of the Duke and Duchess of Sussex as he felt Harry and Megan were simply beneath his social status.