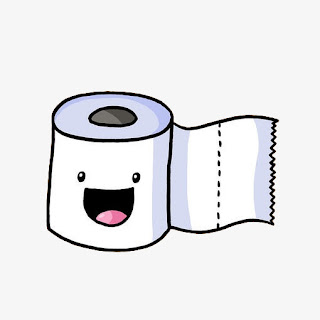 Toilet roll sales in Northchurch have soared in the past 24 hours after a destructive spell of fast bowling from Ben Wiles.

Wiles sent a succession of Northchurch batters scurrying for cover behind the square leg umpire as he produced a remarkable spell of bowling to lead Offley to a crushing 149-run victory.

Allying his customary pace and hostility with a freshly discovered accuracy, Wiles had the opposition batsmen on the front foot from his opening delivery.

Included in that were two separate hat tricks and four wickets in four balls.

The figures were the second best in Offley history - only Colin Keeley's 8-10 against Lilley in 2008 were better - and the best league figures ever by an Offley bowler.

Dan Goord won the toss and opted to bat as Offley chased the win and the mathematical miracle they required to survive.

Goord and Josh Hook laid the foundation for a good score with a patient stand of 47 before Goord was LBW for 17.

Marc Ward's testing reintroduction to batting continued as he came and went in less time than it takes to read this sentence as he departed for a fifth single-figure score in six innings.

Hassan Shah made 13 before missing the customary straight one.

Offley were rocking on 103-5 when they lost two wickets in the space of three balls. After an innings where he passed 600 runs for the year Hook went for 51.

There have now been 11 scores over 50 this year by Offley batters and Hook has accounted for six of them.

He may lack an Offley shirt, a bat and his own wicket-keeping kit but despite having none of the gear he does have some idea on how to play the game.

Moments later Offley were five down after another short-lived Haq Attaq ended with Kaiz Ul-Haq sending the ball into orbit but failing to get it off the square.

Wiles (24) and Darren Lunney (17) weighed in with useful contributions before Ali Shah took centre stage in the closing overs.

The big man has been rather vocal about his low position in the batting order of late and the Round Mound of Sound proved his point in some style as he cracked six boundaries in a 22-ball 34 not out against an increasingly ragged Northchurch attack.

Even more impressively was the manner in which he turned an easy single into a suicidal two and then, courtesy of an errant throw, the most unlikely all-run four in club history. Chugging between the wickets with bat in one hand and trousers in the other like a floundering commuter desperate to catch his bus, Ali made his ground and for all that Wiles's 7-7 claimed the headlights the game changed there.

Offley closed on 181-9 and it would be remiss not to mention Peter Gilkes's splendid stroke that produced a boundary (best not to mention the stroke he played to the next ball he received which also became the last ball he faced) or Preme Lala's career best of 5 not out.

Northchurch needed 182 to go up in second place whilst unbeknownst to Goord and his crew they needed 10 wickets and divine intervention (or a league restructure) after events at Shenley.

Wiles and C.J. McIlveen took the new ball, as the fastest opening pairing in Offley history went searching for wickets.

McIlveen tore into the crease with his freshly dyed jet black hair glinting in the fading autumn sun. Closer inspection revealed that he had not actually dyed his hair but was in fact the first Offley cricketer ever to take the field in a do-rag.

With the combination of do-rag and moustache McIlveen may have looked like a cross between Snoop Dog and Freddie Mercury but he made the initial breakthrough with two wickets in two balls, the first shattered the stumps, the second found a leading edge which looped back to the bowler.

He later claimed a third wicket when Ward held a sharp catch at short cover.

However, the main story was Wiles.

Bowling with venom and hostility he induced some bowel-loosening moments for the batters who decided that on the whole it was best not to get in line.

Stumps were uprooted, bails were sent flying, an ever-increasing cordon of slip fielders hoped like fuck the ball wouldn't find the edge and send a catch in their direction while one way or another seven batsmen failed to score.

Wiles claimed four in four balls and a short while later wrapped up proceedings with his second hat trick of the innings, thereby rather settling the issue of the Performance of the Year award.

After the game the Northchurch players huddled together on the outfield, either conducting a post mortem into the affair or holding an impromptu victim support group meeting. Having started the day in second place and firm favourites to go up results elsewhere left them fourth in the table.

Meanwhile Offley took the news of their relegation (barring a possible league restructuring) with a certain degree of equanimity and in the time-honoured custom of all Offley teams on the final day of the season - relegated teams, promoted teams and mid-table teams - retreated to the bar where the beer and abuse flowed in fairly equal measure.