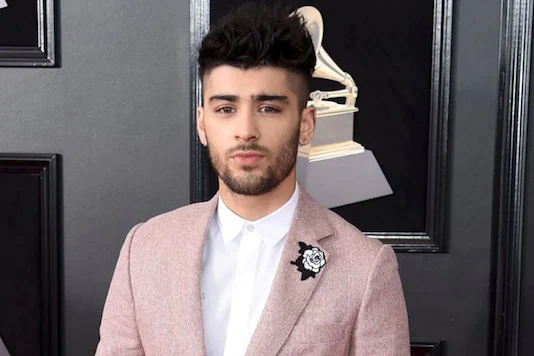 To some, Rehaan Samdani will always be known as Tom Crossley's sidekick.

To others, he is the twin brother Zayn Malik never had.

And to any batsman who has managed to last more than 20 minutes against him in the middle, he is the supple-hipped, loose-lipped source of a series of humerous observations and comments that are designed to get under the batter's skin and invariably lead to dismissal.

Rehann may not be the greatest bowler in Offley history but he is undoubtedly The Man when it comes to sledging.

He may be a dead-ringer for One Direction's finest but when it comes to spinning it he can turn it both ways.

Samdani first appeared for Offley in 2016, another player to be lured to the club as a result of Chairman Tattersall's habit of drinking in some of Luton's more salacious nightspots and always willing to share a pint and a chat with, well anyone really.

In this case he was drinking with students.

Among the players to have been recruited to the Offley ranks as a result of this elite recruitment pathway along with Samdani and the aforementioned Crossley are Josh Scott, Steve Owen and Shane McDermott, to say nothing of the wonderfully talented and not-entirely-accurately-named Johnny Sunderland.

In between Offley finishing runners up in Division 9A in 2016 and Division 8B in 2018, Samdani enjoyed his most successful season for the club in 2017 when they failed to win promotion in the Saracens League and narrowly survived in the fourth tier of the Bedfordshire League.

Apropos of nothing it should be pointed out that at some point in 2016 Samdani and Wayne Cutts were so close together in the slip cordon (I don't know why either) that they ended up holding hands rather than catching the ball as Offley pushed for victory in a home game at Lilley. Considering that a few weeks later Cutts attempted to karate chop the catch that would have won the title, it's fair to say Rehaan may not have been entirely culpable for the Lilley drop.

'17 belonged to Samdani as he took twice as many wickets as anyone else, finishing with 55 scalps. He started the season in some style in soggy Lincolnshire as Billingborough were held to less than 300 in the Easter Sunday Massacre.

He picked up wickets throughout the season and his absence on a scorching hot day at Greenwood Park possibly contributed to a narrow 176-run defeat at the hands of the team who pipped Offley to promotion.

To be fair I think he played in the rematch and they gubbed us in that one by 95 runs.

By the end of the season Samdani had become just the sixth bowler in club history to take 50 wickets in a season.

And that appeared to be that before he returned in an occasional capacity in 2021, claiming career-best figures of 6-20 against Langford.

He is rumoured to be ready to play a more prominent role in 2022 and currently stands on 98 wickets having taken four wickets or more in an innings nine times.

An accomplished tennis player, Samdani invariably belied his supposed hand-eye coordination with bat in hand, more often than not falling in single figures attempting to hit the ball out of the ground and generally giving a good impression of a walking wicket.

Prior to a top score of 37 last year he averaged under seven for Offley.

These days he averages eight.

Did You Know: Rehaan's legs are so skinny that he routinely saves money by buying his trousers in the children's section and thus avoids having to pay VAT.