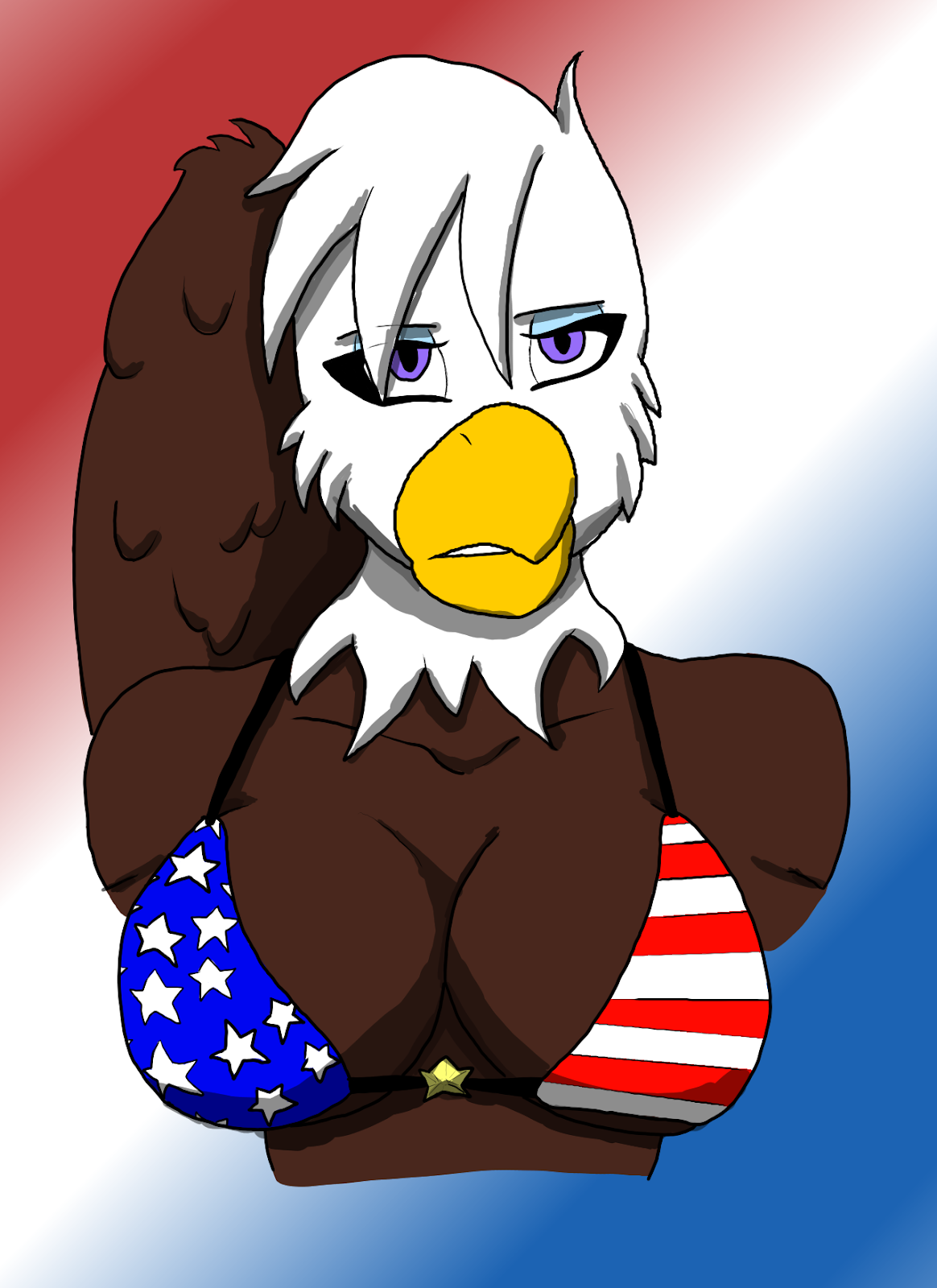 I'd fly over Kempston tomorrow and shit on the bastards on below....

Offley opened their Beds campaign by sauntering to a 10-wicket win over Queens Park at Preston.

On a day where Luke Munt sparkled with the bat and Ben Wiles caused mayhem with the ball, the real plaudits were reserved for a truly stunning catch by the bald eagle of Offley, Roger Piepenstock.

Queens Park won the toss and opted to bat.

Still waiting for their new kit to be delivered - evidently a trifling concern to their chairman and kit organiser who was absent elsewhere dining on foie gras and caviar - Offley took the field in an assortment of different shirts, including those of Luton Bowls Club, Piepenstock's Fisherman's Club and bearded-maestro Peter Gilkes' Secret Santa Club.

After four overs, despite having scored just 1 run off the bat, Queen's Park had advanced to 11-0 courtesy of 10 wides.

Gilkes was responsible for four of these but the main culprit was the one-man wide pandemic Jamie Cummins who served up half a dozen wides in his first two overs.

Cummins was the original super spreader as he conceded eight wides in an opening three over spell and offered a passable impression of a man who had never played cricket before.

It was a chastening day for Terrace Tearaway Cummins who - on the day he was revealed to bear a striking resemblance to serial killer Dennis Nielsen - appeared to step back to the future and revert to the days when he was unable to locate the cut strip. In fairness to Cummins his figures of 3-0-18-0 might have been better had skipper / keeper Scott Boatwright not shelled a regulation edge the first time Cummins managed to locate the bat.

Unfortunately the Kipper flapped and the chance went begging.

Cummins was replaced by Darren Lunney but it was Gilkes who made the initial breakthrough, finally finding both line and length to produce a vicious delivery to account for opener Rashid for 6.

Lunney joined the party by winning a possibly fortuitous LBW shout against Anil (the bowler saluted this as "Good umpiring," moments after haggling the toss over a wide that had been called against him) before Gilkes struck again in his final over.

Queen's Park regrouped, aided in no small part by a mighty six from Adil who launched Lunney into an adjacent postcode and at drinks the game was in the balance with the visitors on 75-3 after 20 overs.

Half an hour later a game that might have gone either way had been settled in emphatic fashion.

Ben Wiles hurtled in down the slope to strike twice in two balls, removing the dangerous Ali for 10 en route to figures of 3-19.

At the other end Lunney, discovering that there's a difference between bowling at Offley's batsmen and the opposition, abdicated from the attack after serving up one too many pies.

In his place Josh Scott came prancing up the hill with his newly discovered run-up that bears a striking resemblance to a happy unicorn to claim 3-23.

While Wiles picked up his wickets by detonating the stumps, Scott claimed his with assistance from others.

First of all John Davis snaffled a catch at mid off that no one really expected him to hold on to as visiting skipper Subhani holed out for a top score of 27.

(Extras finished second with 25, aided in no small part by 22 wides.)

It was an excellent effort by Davis; it would be churlish to describe the catch as surprising but in all honesty one would have thought he'd have had more success in asking Kate Middleton for her number.

Moments later a ball was launched into the vacant cover area and Queen's Park's batsmen set off for a comfortable single.

Yet as the ball seemed certain to drop harmlessly to earth, one man had other ideas.

Charging in from his position at mid off, Piepenstock hurtled after the ball like a fire engine going to the wrong fire, apparently with as much chance of catching it as he has of sprouting a mullet.

Yet unecumbered by hair and channeling the spirit of Duncan Goodhew, Piepenstock made his spirited dive for glory.

There seemed no prospect that he would get anywhere near the ball but a lunge, a stumble and a full-length dive later he was able to claim the catch, thereby comfortably producing his finest moment in an Offley shirt.

Or a fisherman's cable-knit jumper.

Watching Piepenstock soar through the air like a pregnant bald eagle, before crashing into the ground like a rogue meteor, was to witness Offley cricket at its finest, the triumph of hope over expectation.

Scott claimed his third wicket when Boatwright claimed his first catch of the season at the fourth attempt (he only needed one attempt to catch this one but he had dropped his previous three) as 10-man Queen's Park folded for 107.

Faced with a relatively low target and a depleted bowling attack there was only one thing to do - send in Luke Munt, a man who has never knowingly turned down a buffet in his life.

Munt, a man who does not believe in running for a bus, let alone a quick single, led the charge as Offley stormed to their target in just 13 overs.

Resplendent in the skintight colours of Luton Bowls Club, Munt cracked 13 boundaries and a six as he made an unbeaten 65, 58 of his runs coming in boundaries.

Munt was in his element, tucking into a smorgasbord of pies and tasty offerings, helping himself to all manner of sweet and savoury goodies and registering his highest score for the club in at least five years.

At the other end the Amish Assassin, Josh Hook, compiled a restrained 34 as Offley cruised to victory. 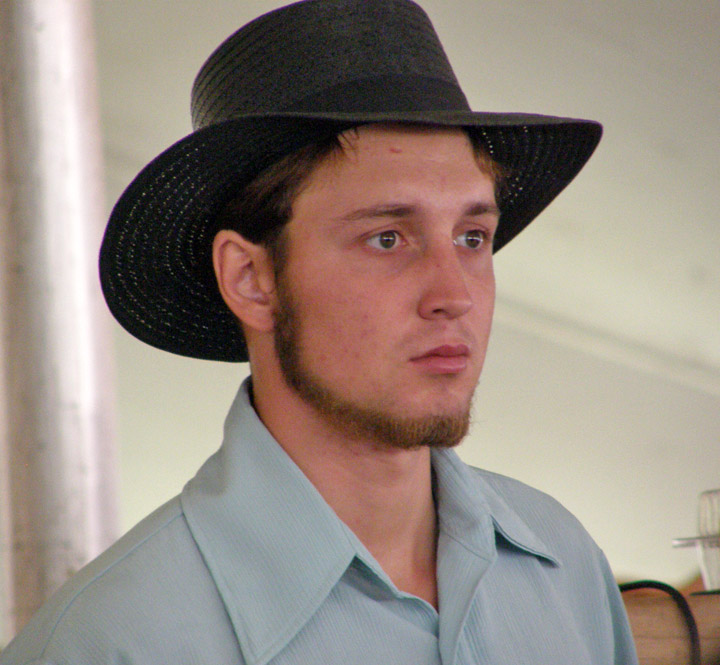 (Josh Hook - Not in Offley Kit but Still Looking Moody)

The only casualty of the victory was John Davis.

Slated to come in at number three, Davis never made it to the middle but did succumb to a nasty case of pad rash after having his leg guards strapped on for longer than at any time in his life.

There's a long way to go - another 15 games to be exact - but for at least the next week Boatwright's Specials can claim to be top of the league.