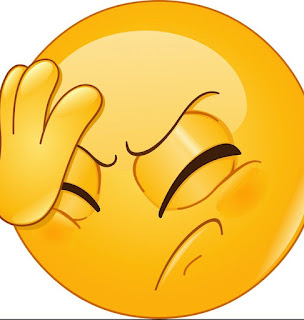 It's fair to say that Josh Hook's assessment of Offley's prospects shortly before the game got underway proved to be a shade optimistic.

On a day when nothing went right once Josh Scott won the toss and decided to bowl, Offley produced one of their all-time dud performances to slump to a convincing defeat against the bottom side who had previously lost all four matches and passed 120 just once in four attempts including efforts of 85 and 69 all out.

That they passed 120 without losing a wicket on Saturday says it all.

That they had about seven different players for this one and spent much of the pre-match buildup introducing themselves to one another perhaps says something else.

Captain Scott won the toss and elected to bowl, apparently convinced it was some sort of vicious minefield.

In the wake of what was to follow it's fair to say the skipper either misread the pitch or Offley's bowlers simply channeled their inner Princess Diana to guide the opening batsmen safely through the minefield without any alarms, consistently failing to hit a length or bowl the red thing at the three wooden things sticking out of the ground.

A minefield it was not; a clusterfuck it most certainly was.

At a time when small businesses are folding on a daily basis, it was good to see two men making a bid to prosper.

Ali's Buffet and Denton's Delicacies were both soon doing a roaring trade with a succession of tasty treats that necessitated much retrieving of the ball from the long grass.

The original plan dictated for the pair to bowl through their allotted eight overs but both had been hit out of the attack inside ten overs.

Captain Scott tried to stem the tide but instead pissed petrol on the rising flames of ineptitude as his three-over burst went for 25 runs as he probed away at the middle of the pitch and ultimately sent a beamer sailing over the batsman's head.

Darren Lunney had more success with a probing spell that pegged back the run rate and eventually produced a wicket when he beat a defensive prod.

Offley's bowlers and fielders stuck to their task and slowly dragged back the run rate and picked up wickets before a final flourish saw the hosts post a daunting target of 219-7.

There were missed chances along the way.

Dan Goord nearly pulled off a stunning one-handed catch as he dived to his left at midwicket.

He didn't, the ball went to the boundary and he got fined.

Captain Scott grassed a tough chance at cover and later made a mess of a run out opportunity although he did account for top-scorer Neal (86) with a well-judged catch at long off.

Hassan took one catch but shelled another and then compounded dropping the dangerous McCormick by throwing the ball in to run out the spectacularly gormless Peters, a man who would not have scored a run if he had batted all day.

The pick of the fielders was Matty Taylor who spent the day patrolling the deep, hurtling around the boundary like a slightly rotund greyhound in pursuit of the ball and never afraid to put his body on the line for the cause.

Josh Hook was the most successful of the Offley bowlers as he picked up two wickets, one of which owed everything to a certain fielder being in the wrong place at the right time to take a catch after retrieving the previous ball from the boundary and electing to deploy himself at short third man instead of at point.

Alas, much to his ill-disguised dismay and anger (not to mention everyone else's ill-disguised amusement), Hook was deemed to have conceded the most runs, apparently conceding 51 runs in his eight overs.

What was to follow was arguably one of the most ill-judged abortions of a run chase ever, a chase that eventually fizzled out with Offley miles from nowhere.

Steve Bexfield and Hook opened the batting and Bexfield was perhaps a little fortunate to survive a confident shout for LBW before he had scored.

The club's all-time leading run scorer led a charmed life as he played chicken with the slips, repeatedly daring them to catch one of the myriad outside edges that flew off his bat.

At the other end Hook dug in, accumulating singles in a leisurely manner, apparently convinced the run chase was well in hand.

One thing that was not well in hand was the toys in the batsmen's prams. When Bexfield turned down a run form Hook's bat, Hook promptly repaid the favour, an act that prompted much petulance and throwing of toys, especially as Bexfield pulled a hamstring moments later and spent a couple of minutes prostrate on the ground.

Shortly after he finally perished in the slips to leave Offley 38-1 in the 13th over, the required run rate having now risen to 6.70.

Goord walked to the middle fresh off his highest score of the season. His Devonian routes were to the fore in the early stages of his innings as he slashed and scythed away outside off stump, invariably connecting with nothing but fresh air as he impersonated a drunken Wurzel on the spree.

Gradually he played himself into form, punishing anything short and wide and he and Hook guided Offley to 70-1 at drinks, the run rate required now 7.50.

Despite that Hook was bullish, confident that the leg spin of the Sideshow Bob lookalike and the medium pace of Black Shoes could be exploited comfortably before really going to town against the fifth bowler.

Unfortunately Sideshow Bob and Black Shoes only bowled eight overs for 48 (Black Shoes' final part in proceedings came when he invited Goord to slash him over extra cover with a sumptuous drive that bounced once before clearing the rope) before Boyal and Wilder took over for the final 16 overs, unsportingly blowing Hook's calculations to hell by displaying legitimate ability with the ball.

The required rate had risen considerably above 8.00 and the score was 114 when Hook was trapped LBW for 44 at the start of the 28th over as he looked to whip the ball through the leg side.

Taylor joined Goord and initially performed a fine impersonation of Goord as he carved away outside off stump like a demented butcher slashing at an imaginary side of bacon, his bat repeatedly connecting with nothing but fresh air.

Gradually Taylor found his touch and it says something about the way Goord had been effortlessly playing himself out of form after his majestic cover drive that Taylor had established himself as the senior batsman by the time he was bowled for 14.

At this stage the run rate was not even worth considering, somewhere approaching 13 runs per over.

Hassan and Scott both perished for the cause while Goord completed what he later described as the most disappointing 50 of his career. He finished unbeaten on 55 having been at the crease for the final 166 deliveries of the innings.

At the other end Roger Piepenstock made a gritty 2 not out, the first time in his career he has finished unbeaten.

Offley finally finished 52 runs adrift of their target, rarely having threatened to get anywhere near it, for all Hook's conviction that the run chase had been under control while he was in the middle.

In truth the run chase was rarely more than a damp squib, one that was finally extinguished by Goord pissing all over it with a succession of dot balls and the occasional single as the inevitability of defeat overran the Offley bastion.

Not a great performance and one that maintained Offley's 100% record in away league games this season, a record that now reads played four, lost four with this reversal joining Old Warden, Hitchin and Pinner as venues where Offley have met with disaster.

In contrast six home games (including one at Preston) have produced five wins and a defeat.

Five games into the Saracens campaign, all but two teams have lost at least two of five, suggesting anyone can beat anyone.

Offley have proved that by inflicting the only defeat of the season on table-topping Old Minchendians.

Needless to say emphasising it further by getting gubbed at the hands of the previously winless Cholmeleians was rather careless.