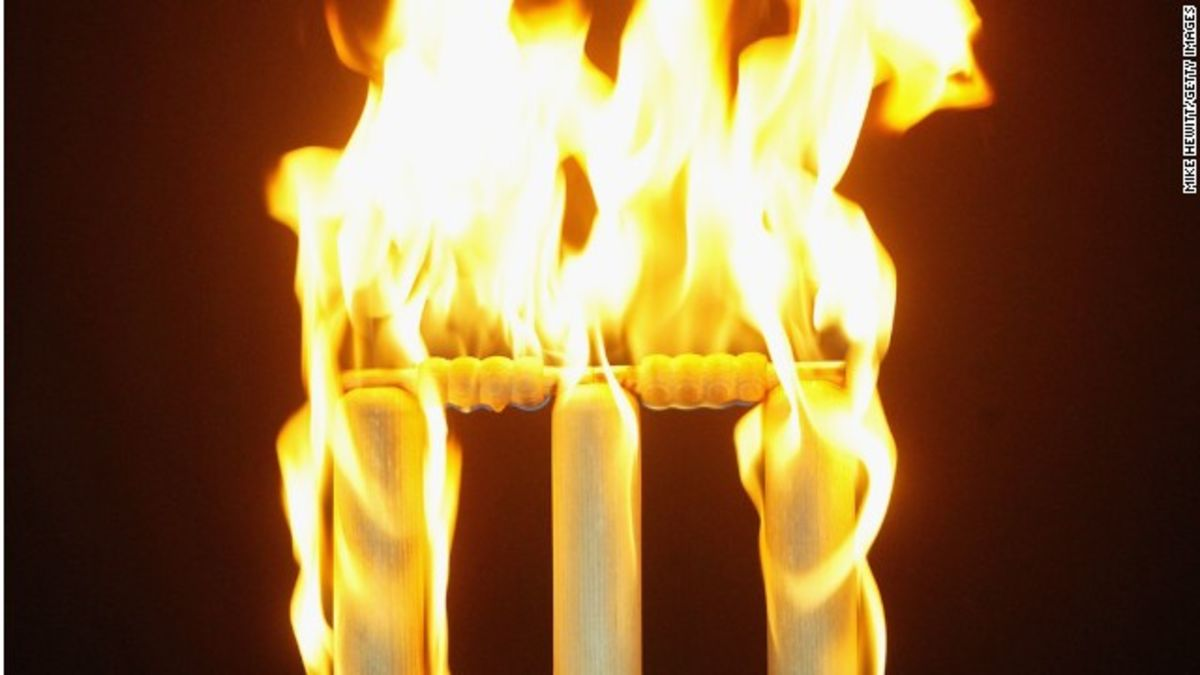 If one works on the principle that a quick game is a good game, Offley could be deemed to have had an excellent weekend.

Quite how you manage to lose a pair of 40-over matches where you bowl a combined total of 13.3 overs is something that really ought not to be possible.

A combination of spectacularly inept batting (Marc Ward excepted) and toothless bowling ensured we only had to spend 43 deliveries on the sandy beaches of Old Minchendenians on Saturday.

Not content with capitulating to the quickest ever defeat in the club's 25-year history, Offley contrived to plumb new depths on Sunday with a 38-ball surrender against Harrold as the visitors chased down a so-called target of 59 in 6.2 overs.

In the space of 24 hours Josh Scott led Offley to the swiftest defeat in history only for Scott Boatwright to cruise past it.

Who would have guessed having two Captain Scotts would ever lead to disaster?

I'm still not sure whether Harrold's decision to invite us to bat constituted a mercy killing or a pity fuck.

The latest debacle means that over the course of the past four matches Offley have sent down 311 deliveries of a potential 960.

20 of the 81 deliveries bowled over the weekend were either hit to the boundary or launched over it.

Harrold's Cameron Monteith made an unbeaten 47 from 18 balls featuring a single, four fours and five sixes, one a spectacular moon shot off Rehaan Samdani that threatened to take down a satellite.

And then of course there are the Offley batsmen, a unit that at the moment boasts less form and confidence than a slug, a unit that on Sunday could genuinely claim for the first time ever to have been weakened by the late withdrawal of John Davis.

The weekend lowlights included Eugene Baxter being run out without scoring at Minchendenians, Marc Ward making 15 more runs (32) than the other 10 batters combined (17) as the game ended before the fucking football season kicked off at 3pm and half the side logging ducks against Harrold with perhaps the magical moment being provided by Peter Gilkes.

Elevated to the unusual heights of number 4, Peter talked a good game beforehand about how he intended to take his time and build an innings. Unfortunately he then tried to pull his first ball - a middle stump yorker - and missed.

The other 19 (we might as well include the two men who remained defiantly unbeaten on 0, kudos to Messrs Denton & Large) combined for 33 runs between them.

That works out at approximately 1.73 runs per player.

During the four-game losing streak 39 batters have been dismissed, 31 have failed to reach double figures, 13 failed to get off the mark and a further six failed to advance beyond 1.

Perhaps not entirely surprisingly this weekend saw the club bring up it's collective half-century for the season - as in 50 ducks and counting.

As we thankfully turn the page on July we can boast 55 ducks and 55 drops for the year (at least we didn't drop any this weekend).

To put that into some sort of context we have collectively racked up more ducks in the first four months of the season than we did in any of the entire five previous non-pandemic affected campaigns.