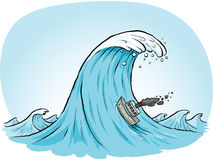 Another bad day at the office saw Offley take a step closer to the relegation trap door as they amassed two points in an eight-wicket defeat to Pinner.

In fairness the two points were as many runs as five of the dismissed batsmen managed between them (this does not include Steve Denton who ran out of partners before he got off the mark) and one less than the three catches that were shelled.

As in the first meeting between the teams Offley batted first. On that occasion they plumbed the depths of 15-6 before "recovering" to reach 70.

This time they fared twice as well, in as much as they reached 30 before the sixth wicket fell.

Extras announced their presence early in the piece (9 byes, 7 leg byes and 7 wides added 23 to the 63 runs cobbled together by the Offley batters) and made a bright start before Kaiz Ul Haq was adjudged LBW for 4.

Josh Hook and Mark Tattersall joined forces to add a defiant seven runs for the fourth wicket before Hook (5) was caught and Tattersall (6) had his furniture rearranged.

At least this week he wasn't bowled first ball not offering a shot.

Last time the teams met Roger Piepenstock made his highest score for Offley, enjoying his return to his ancestral seat where he one romped carefree through the countryside with his chums Tarquin Puffbuttock-Smythe and Rupert Chuffington-Marlinspike.

Piepenstock, Puffbuttock-Smythe and Chuffington-Marlinspike would happily spend their time riding to hounds, beagling and shooting peasants before retiring to their favourite hostelry, the Jolly Toff, to quaff tankards of foaming ale while the landlord roasted a dead peasant over a roaring fire.

Sadly there was no repeat of those heroics on this day as Piepenstock was bowled without scoring.

Offley needed a partnership and found two heroes in Ben Wiles and Vince Neale who added 26 for the seventh wicket. Wiles played with customary aggression while Neale resisted the bowlers to great effect as he produced his career best score for Offley.

Unfortunately Vince's previous best was 0 and in the context of the game his doughty single wasn't that much use. His resistance was finally ended when he was trapped in front of the stumps and struck on the hip...

Rehaan Samdani failed to delay the bowlers for long, playing on without scoring to make it 57-8.

Samdani's batting is starting to bear a concerning resemblance to his romantic liaisons. Unfortunately while the smooth-talking Lothario has left a string of broken hearts in his wake, with his bat he tends to leave nothing to mark his passing but shattered stumps.

A late flourish averted total ignominy as the last two wickets added 29 in a doomed gesture of defiance.

Jamie Cummins made an inspired 10, his highest score of the season, dominating a stand of 14 for the ninth wicket with Wiles before he was bowled.

With last man Steve Denton for company, Wiles went through the gears and unfurled a couple of glorious shots before he finally fell for 36, demolishing his stumps with what might reasonably be termed a poorly executed reverse sweep.

Offley retired to the pavilion to lick their wounds and contemplate a scoreboard that read 86 all out.

If Offley were going to defend their paltry total everything needed to go perfectly.

Regrettably Wiles began with possibly his worst over of the season to get Pinner up and running.

In the second over Denton looked to have provided his team with a lifeline when he induced the dangerous Kiwi Baker to sky the ball to square leg.

Piepenstock hardly had to move to take the catch yet for reasons known only to himself he came hurtling in, apparently under the impression he was playing volleyball, and ferociously smashed the ball turfwards.

Baker made the most of his reprieve to hit some punishing shots as Pinner threatened to wrap things up inside 10 overs and it was something of a surprise when Wiles bowled him.

Wiles picked up a second wicket when he won an LBW shout with a delivery that kept a little low but Denton was cruelly denied a scalp when Ul Haq made a mess of a regulation chance at point, picking an unfortunate moment to demonstrate his talent for playing the cymbals.

The runs continued to flow and by the time Hook dropped a tough legside catch it didn't really matter. The end came via four byes which pretty much set the tin lid on a distinctly depressing day, defeat apparently coming inside precisely 54 minutes.

Pinner remain 11 points off the top in fourth place, not a happy thought as we still have to play the top three.

At the bottom Old Cholmeleians and Chipperfield both lost yet extended their advantage over Offley at the foot of the table - although not as much as one of them will next week when they play each other while we head to bloody Cockfosters to take on second-place old Minchendenians.