OSCC, 65 all out, lost to Waresley, 876-2 (or something similar) by about three million runs 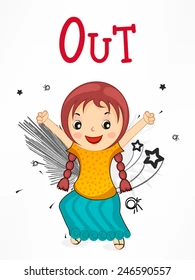 Some girls want to be a princess.

Other girls want a pony.

But for one lucky cricket-mad young lady Christmas came early on Sunday when Offley's so-called batsmen lumbered incompetently into sight at Waresley prepared not so much to do or die as to surrender as swiftly and as cravenly as possible.

Lucy Barrett - whose one previous over this season had gone for 19 runs - ripped through (or unwrapped) the Offley ranks to claim figures of 4-0-7-4, denied a maiden five-wicket haul only by the fact we ran out of batsmen because we only had 10 men.

Admittedly that was one more than on Saturday but that's rather a moot point.

Perhaps considering the standard of batting at Offley this season that should be a mute point.

We shall gloss over another somewhat underwhelming performance by the popgun attack that has now taken a frankly unfathomable seven wickets in the last five Beds League matches (needless to say we've lost the lot and amassed ten points in the process) and a fielding performance where every chance offered went to ground and concentrate on the batting.

Earlier in the season we all mocked Veg on his debut when he padded up before the openers went out to bat even though he was slated to go in at number 11.

On reflection it's fair to say he may have had a point because the batting on this day, as it has been on so many other days this season, was somewhat lamentable and the end was somewhat swift.

Jono Evetts can be excused censure on the grounds he made 37 whereas the rest of the team combined for 21, including 10 from C.J. McIlveen and a defiant unbeaten 7 from skipper Scott Boatwright who had earlier sportingly invited the opposition to bat.

That being said one hopes Evetts was fined for showing up his team mates.

There's not a lot to say about the concept of Jamie Cummins opening the batting.

Presumably there were excellent reasons for sending out a man with a career average of 3.5 who has already matched his previous 'best' for ducks in a season.

In fairness to Jamie he scored 2 - which as it turns out was one more than the next three men in the order cobbled together between them.

Darren Lunney (0), James Barker (1) and Kaiz Ul-Haq (0) all came and departed with undue haste, Kaiz rounding off a particularly shite weekend with the bat as he bagged the infamous pair.

The middle order and the tail duly subsided in customary woeful fashion, sliced and diced in style by Miss Barrett.

Among the fallen were Peter Gilkes who once again failed to get off the mark, something he has failed to do in each of his previous seven innings.

In fairness on one occasion during this streak he finished unbeaten on 0 not out.

McIlveen thus becomes the first drill artist in history to be dismissed by a girl.

Seriously it's like Tupac being duffed up by a six-year old.

There's not a lot more to say about this one, other to note that there is now a scenario where a combination of an Offley concession next Sunday to focus on the Herts Village Trophy coupled with an unlikely win for Eaton Bray would result in relegation.