The Way It Were

As we countdown to Sunday and an appearance at Finals Day,

it's a good time to take a look back at perhaps the club's most epic cup match. 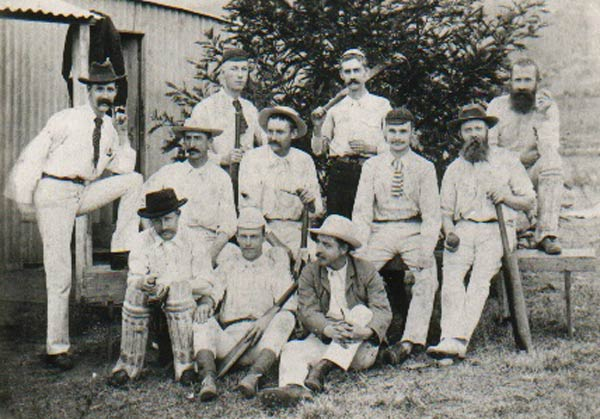 In 2003 Offley & Stopsley were the defending midweek champions.

The previous year we had swept all before us prior to overcoming a determined Shaheen side in an epic encounter of sportsmanship and chivalry at Crawley Green and hopes were high that they could lift the trophy again in Keith Towndrow's final season.

They were so high that eight players turned up for the first round at home to Vauxhall Griffin.

It would have been nine players but Phil Gourd claimed it was too cold and refused to leave the sanctuary of the bar.

In the end his absence was not crucial as Richie Barker claimed four wickets and Mohammed Qumar made 43, his highest ever score for the club.

Offley fielded ten men in the next game, Towndrow contributing runs and wickets to the cause to seal a comfortable win against Runley Hawks at Icknield. 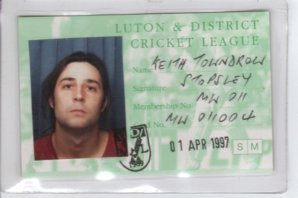 And so to the semi-final and a showdown with Luton Sixth Form at Leagrave, a venue that conjures the same thoughts for those who were there as others doubtless feel about Culloden, Greasy Grass and the Alamo.

Looking back over the club's 25 years this remains comfortably the most spiteful, hate-filled encounter in our history.

And considering some of the jolly games we had with the likes of Nomads, Taylors, Kempston Methodists, to say nothing of the previous year's final, that's saying something.

Once again Offley played with ten. This included an injured Gary McDermott, not exactly a greyhound in the field at the best of times.

The Sixth Form rocked up with a large crowd to support them, a vast throng that loomed menacingly on the boundary edge to urge encourgament.

Offley batted first and after quick contributions from Towndrow and Jon Cerasale should really have batted the opposition out of the match.

However, a turgidly slow partnership between Martin Bigmore and Steve Hoar handed the initiative back to the Sixth Form and Offley.

Hoar and Bigmore were eventually parted after a mix-up between the wickets and the survivor promptly ran himself out in the next over as Offley folded for 113, a total that was lamentably below par.

In a rare display of emotion mild-mannered Cliff Large petulantly threw the toys out of the pram (and his pads against a wall) after being the last man out in displeasure at the slow-going of his supposed batting betters. 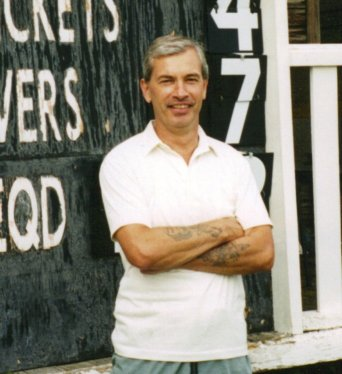 By the time the Sixth Form openers walked out to bat the crowd had become a mob, urging their team on and baying for the blood of Englishmen which wasn't a particularly cheery thought when you considered the odds.

Offley made an early breakthrough when one of the openers launched the ball down Towndrow's throat at long off but then declined to walk on the grounds that the fielder had been walking in as the ball was bowled.

This was an interesting point of view (one of many we encountered during our midweek campaigns) but eventually the batsman was persuaded to take his leave by the umpires, one of whom was none other than Pat Turner, brother of Offley stalwart Steve and friend of publicans and licensees all over Bedfordshire.

The fuse had been lit and proceeded to burn nicely.

Bigmore, a man who had a little bit of previous in this department, elected to add interest to proceedings by pulling off a stumping that was either brilliantly opportunistic or somewhat cynical, depending on where one was standing.

Personally I was standing at backward point and thought it was fantastic.

Needless to say it did mean that we had rather sacrificed our position on the moral high ground and the game began to come to the boil.

It reached outright anarchy shortly afterwards when another batter was run out in a tight decision and the aforementioned opener strolled causually onto the field to seek clarification from the umpires and to share his deep knowledge of the laws of cricket with those less enlightened.

This involved calling Towndrow a "cheating cancerous cunt," an observation that led to the Offley captain prodding him in the direction of whence he'd came before he started rolling around on the ground, evidently the victim of a sniper on the changing roof or the infamous Leagrave grassy knoll.

One moment he was there bawling the odds, fire in his eyes and spittle on his chin, the next he was bleating on the floor and to look up was to see a full-scale pitch invasion unfolding, as dozens of spectators flooded on to the pitch to register their protests in scenes vaguely reminiscent of Rorke's Drift. 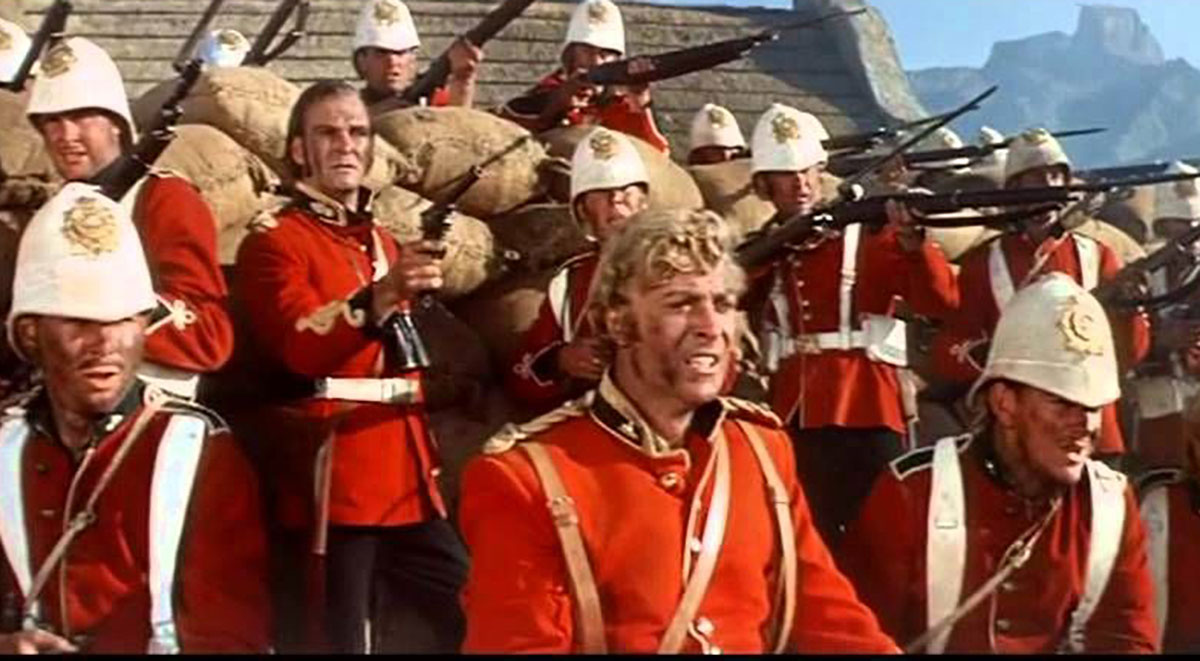 Offley's Players brace themselves to deal with the pitch invaders

Following a frank exchange of views order of a sort was restored but the whole thing was clearly ready to go up in flames.

It duly did so when one of the Sixth Form batsmen sportingly reacted to having his stumps detonated by a Cerasale yorker by hitting him with hit bat as he walked off. 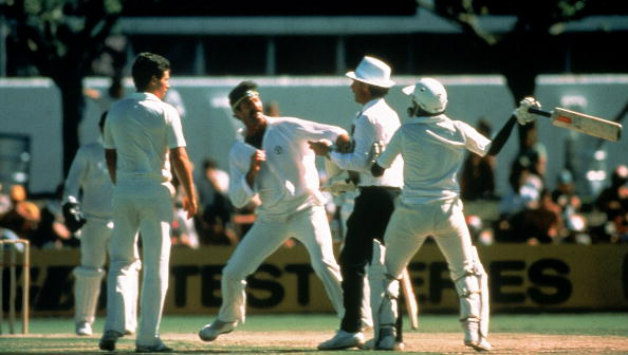 That proved to be the final straw. The umpires abandoned the game amid a struggling mass of players and a fresh wave of invaders before awarding Offley the game, presumably on the grounds that we had simply subjected the spirit of cricket to a brief dose of GBH rather than ritually disembowelling it.

Amidst the mayhem threatening to engulf the beleagured yet triumphant squad, Towndrow ensured that his players stuck together as we slowly inched our way to safety, retreating across the narrow bridge to the car park with bags and bats at the ready, a 20th century cricketing Roman tortoise. Offley players retreat to the pub in good order

In the febrile turmoil engulfing the arena Umpire Turner, evidently oblivious to the chaos around him or even more off his tits than usual, was left to his fate as he demanded the return of his prized personal bails.

Offley's victorious heroes retreated to the sanctuary of The Boater to enjoy several victory beers and reflect that there's more than one way to win a semi-final.