Knobbed Out at Knebworth 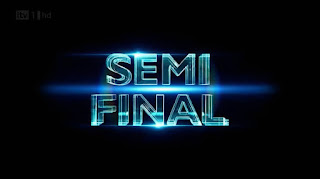 48 hours before the start of the Herts Trophy semi-final OSCC and Aldenham were still in the same division.
By the time the game got underway there were three divisions between the sides, Aldenham going up one flight as a result of finishing runners-up in Division 8A, Offley dropping down two tiers as a result of finishing rock bottom.
To that end the result was perhaps not a great shock.
Ben Wiles won the toss but that was about as good as it got as Offley's bowlers were subjected to 20 overs of toil.
Aldenham piled up 176-5 and then immediately reduced Offley to 6-2 with key men Wiles and Jono Evetts back in the hutch.
Not for the first time this year the top order disintegrated with only standout performer Mark Tattersall (28 & 2-26) emerging from the rubble with a great deal of credit.
Aldenham went on to beat Potten End in the final (they racked up 190-5 which suggests we did quite well to hold them to 176) so fair play to them.
On the plus side Eaton Bray lost to Waresley which meant we finished seventh in the Beds League and thereby avoided relegation by five points.
Big whoop....