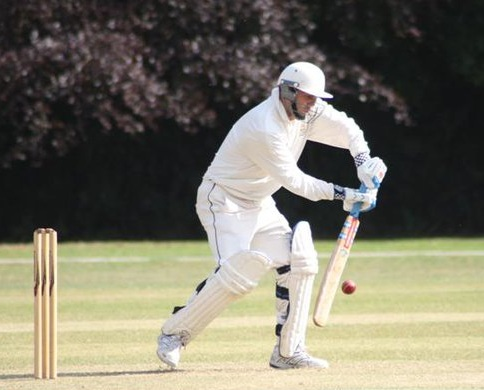 These days Stephen Bexfield is something of a dinosaur, last of a dying breed of batters from a bygone era who persists in wearing a white helmet.

Yet back in the day Bexfield was a dinosaur of a different kind, a mighty predator who devoured bowling attacks and terrified trundlers everywhere.

He also terrified his own umpires who dreaded retribution and recrimination should they ever give him LBW when he padded up to a straight one.

His greatest days may be behind him but he remains the most prolific run-scorer in Offley history, the great batting dinosaur known as none other than Tyrannosaurus Bex.

Or T-Bex, as he likes to be known.

As OSCC's 25th season draws to a close Bexfield is within touching distance of 15,000 runs, currently boasting 14,769.

If you ask him he can probably talk you through each of them.

It should be noted that had he not pissed off with the hump to play with his mates at St Joseph's at some point in the early part of the 21st Century during his internecine squabble with fellow Offley colossus Simon Warrington, T-Bex would have comfortably broken that mark by now.

He has scored 23 centuries for the club - 10 more than anyone else - and has won the batting award on no fewer than six occasions, tied for the club record.

He may have been blessed with a coruscating cut shot and a brilliant pull but his real love was for his front pad.

While many prolific batsmen have relied on their pad as a secondary line of defence, T-Bex was something of a pioneer in believing that the pad should be deployed first, with the bat only coming into play as a last resort. 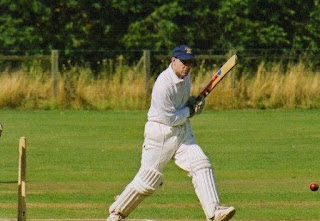 Perhaps the most successful captain in club history and undoubtedly the most ruthless, Bexfield skippered the club in their opening match at Leagrave in 1998 and never made any secret of the fact that he was there to win games rather than make friends.

Incidentally he also proved this during his football career when he was sent off for fighting with one of his own players!

Bexfield lifted the club's first trophy in '98, the Luton Midweek Cup. In fairness he didn't do a lot else that night as he was LBW first ball.

Other triumphs included the 2006 Saracens Division 11 title and the 2007 Hertfordshire Village Trophy.

Bexfield eventually stepped away from the captaincy on the not unreasonable grounds that having to deal with Matthew Freeman's weekly antics was more trouble than it was worth.

In the early days Bexfield was something of an all-rounder and has taken 112 wickets for Offley with his medium-paced offerings.

He once drew blood on tour when he exploded a ball off a good length to smash the batsman's nose to a bloody pulp.

Not only is he the only bowler in Offley history to account for a retired first class cricketer and a teenage Antipodean, he is also the only man to cause a match to be moved to another pitch on account of his jaw-breaking pace.

In the field Bexfield has always been blessed with a strong arm that has accounted for a number of run outs as he swoops in from his customary position behind the square leg umpire.

Unfortunately like the original T-Rex, T-Bex has been cursed with little hands which has often meant he has dropped the sort of catch that a small girl would have expected to hold.

To see Bexfield circling under a catch, arms flailing in the breeze and displaying all the coordination of an inebriated chicken, is an invitation to expect the worst and hope he doesn't do himself an inury.

To all intents and purposes once the ball goes in the air in the vicinity of T-Bex he becomes none other than Wacky Waving Inflatable Arm Flailing Tube Man. 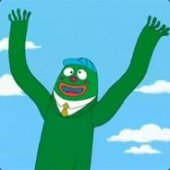 T-Bex waits for the catch

As the autumn leaves lie thick and still on land where we've lost now, Bexfield is once again contemplating retirement.

The body is not as supple as it once was, the hands are as small as ever and in the era of Baz-Ball the nurdled leg bye (which T-Bex will always claim as a run) has never been less popular.

But the dinosaur has yet to roar his last.

The golf course cannot hold such a mighty creature and one hopes T-Bex will be back in 2023.

Did You Know: The Bexfield name can be traced back to the Doomsday Book. Despite it's Saxon origins Steve's ancestor, Judas de Bexfield, actually fought for the French at the Battle of Hastings!

950 years later Steve followed in his ancestor's footsteps by voting 'Remain' in the Brexit Referendum.